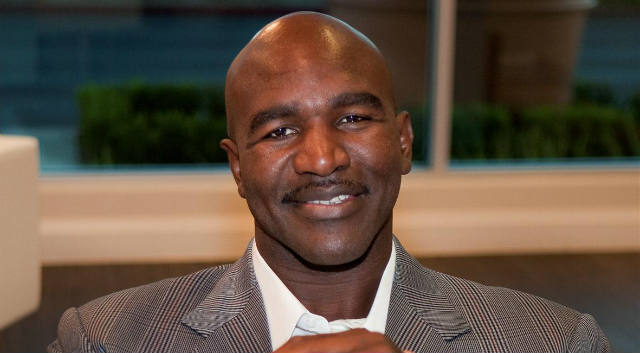 During Evander ‘The Real Deal’ Holyfield’s promotional tour of the UK, I was able to meet up with him for dinner and a chat about his future plans and some of the key moments from his life – it proved to be a truly enjoyable and entertaining evening in the company of a boxing legend.

I had initially been a little worried about interviewing Holyfield – not because I thought I may have to box the former undisputed heavyweight champion, but because reports of him appearing ‘punch drunk’ with slurred speech were widespread.

No one wants to see a great champion suffering from the aftereffects of a long career. Thankfully, these stories had been exaggerated, and although a little slurring was evident, when he spoke at length it seemed to disappear almost completely.

Financial burdens in part had forced him to fight late into his forties, and I get the impression that were it not for the aforementioned money problems he may not be doing his after dinner speaking tour of the UK at all – and I’m pretty sure he wouldn’t have appeared on Celebrity Big Brother either!

Now aged in his fifties, Holyfield hasn’t boxed since he beat Brian Nielsen in 2011. I was keen to find out what his plans for retirement were and it seems he may well follow in Oscar De La Hoya’s and Mike Tyson’s footsteps. “I’ll probably get into the promotional business, promoting a fight. I think a manager be a little too rough, and training be a little too rough. I think I really [want to] give people the opportunity to reach their goals- I think being a promoter you have more opportunity to get people opportunities to reach their goals.” I will watch out for ‘Real Deal Promotions’ with great interest. Should he actually go ahead with it he may find that being a promoter can also be ‘rough’. [See note at the bottom of the page for update]

On the topic of promoters, it was a little worrying to hear that some had tried to lure him out of retirement, “Well, I got a lot of offers [to fight again]. It’s just the fact that if I fight for a championship then I fight for a championship, but I’m not going to fight just to fight.” So it would seem that had Holyfield been offered a title fight (post Brian Nielsen) then he would indeed have fought again. Thankfully a title fight ever materialised.

Holyfield vs Tyson: Buy at Amazon

When asked about his proposed 1990 fight with Mike Tyson which failed to happen – first because of Tyson’s loss to James ‘Buster’ Douglas and then because of his incarceration – He said that Mike was the only man he ever saw who was happy to be put in jail! “Do you want to know why Mike was happy when he went to jail? He was happy because he didn’t have to fight me.” The way he said it made me unsure if he was serious or joking…

He was also quick to dispel the myth that he was disappointed not to be the first man to beat Tyson. “I beat Tyson…eventually. You know, so really I never ever chased individuals. Whoever had the title that’s who I wanted to fight, so I won the undisputed [championship] from Buster Douglas because he beat Tyson. So, you know, of course I eventually fought Tyson in 1997 and I beat him- in 1996 and ’97. So, you know, that’s really behind me.”

Prior to his aforementioned first victory over Tyson in ’96, he claims no one gave him any chance of victory. He had lost to Riddick Bowe in their third fight, and then put in a poor performance against Bobby Czyz – the general opinion of the day was that Holyfield could get seriously hurt. “Don King said I had one foot in the graveyard and one foot on a banana peel. He told Mike ‘this is the best chance you’ll get’.” History, however, shows that is was in fact a great chance for Evander!

Talk of Tyson inevitably led a fellow diner to ask how he felt when Mike had bitten his ear. Amusingly Holyfield responded, “I wanted to turn round and kick him in the balls!” which brought much laughter from everyone in ear-shot. He went on to explain that he had been furious after the fight, but a member of Team Holyfield calmed him down by pointing out that he had just earned $35 million for nine minutes of boxing!

Furthermore, all Holyfield would have to do is forgive Tyson- something which he did go on to do. These days they pair have appeared together on numerous occasions and there doesn’t appear to be any ill feeling between them – certainly not any they would admit to.

Another humorous story he told me was when he narrowly lost a game of golf to Tiger Woods by just one stroke! I was impressed until he elaborated. It turns out that the first hole had been a par 3 which Holyfield duly completed on par, with Woods taking only two shots. At which point Holyfield said he wanted to end the game there and then, and so did, in all honesty, only lose by one stroke to Tiger Woods. Magic!

Throughout the evening Holyfield came across as funny and down to earth with his self-depreciating manner. He spoke a lot about his childhood and his mother- who he loved but also feared, as that was the one bout he says he knew he could never win!

Evander, thanks for a great evening. I hope your promotional company, should it happen, brings you as much success as you achieved in the ring.

Note: Since this Evander Holyfield interview was conducted, Evander did indeed go on to launch his own promotional company – Real Deal Championship Title Boxing. What’s more, he is also fronting his own boxing betting and casino site Real Deal Bets. We suggest you take a look at Real Deal Bets for all the latest big fights and big odds. 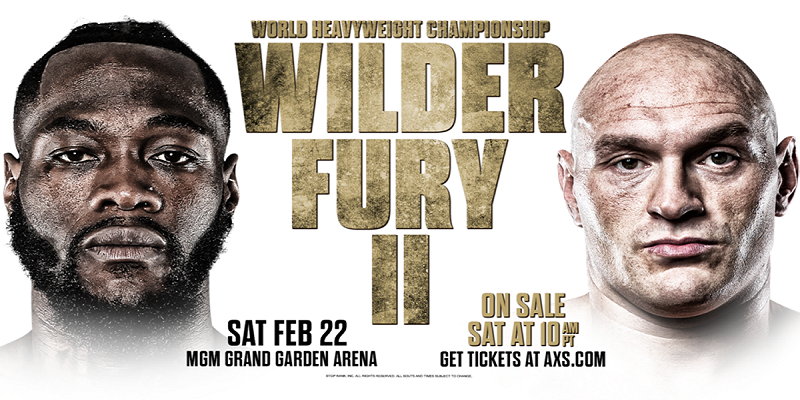