Welcome to our Boxing Trivia page. There will be more than a few facts and stats here to surprise you, and remember to come back to this page from time to time to see the latest additions. 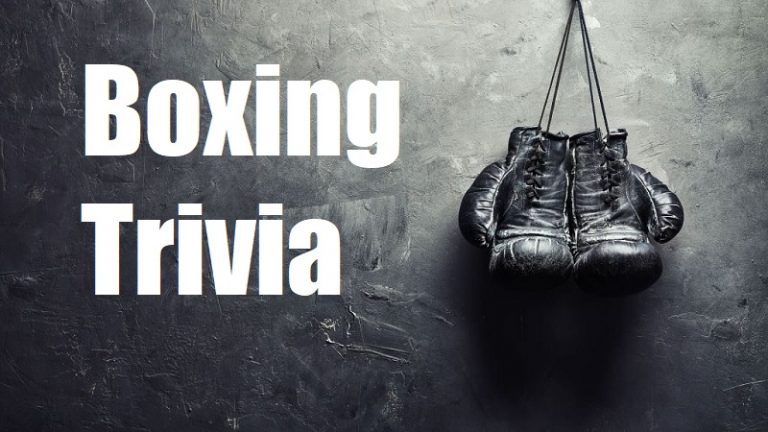 UFC announcer Bruce Buffer is the half-brother of Michael Buffer.

Much like his former opponent Wladimir Klitschko, Anthony Joshua is a huge fan of chess.

Archie Moore’s career spanned four decades! He competed professionally from 1935 – 1963 with a total of 219 bouts.

Only one man ever managed to last 15 rounds against Rocky Marciano – that man was Ezzard Charles in 1954 title bout. Marciano did have five other contests that went the distance, but each was below the below the 15 round limit. 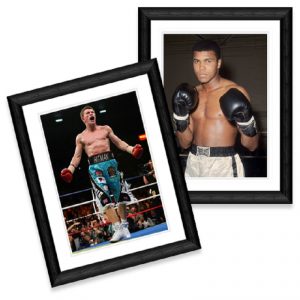 After beating Alan Minter in 1980, Marvin Hagler held the world middleweight title until 1987. Sugar Ray Leonard was the boxer responsible for ending his long reign.

The American Film Institute (AFI) regard Raging Bull as the greatest American sports movie ever made.

Even with 93 professional bouts to his name, George Chuvalo was never knocked down during his career.

Jack Johnson was the original owner of the famous Harlem nightclub ‘The Cotton Club’. During his ownership it was know as Cafe de Luxe. 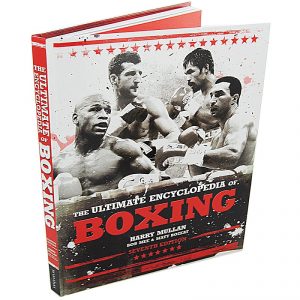 As a child, Cassius Clay/Muhammad Ali was refused an autograph request by Sugar Ray Robinson.

Prior to his first fight with Mike Tyson, Evander Holyfield received many ‘get well soon’ cards…

Julio Cesar Chavez wasn’t knocked down until his 91st fight!

The record for the most knockouts in a career is held be Archie Moore – 131 KO’s.

After retiring from boxing Max Schmeling held a senior position in the Coca-Cola company in Germany.

Joe Louis holds the record for the most number of heavyweight title defences with 25.

Which boxer had the most fights?

Len Wickwar holds the record for the most number of fights during his career – 466 bouts! He racked up that number between 1928 and 1947.

Who was the tallest heavyweight world champion?

Nikolai Valuev is the tallest champion in boxing history standing at 7’2″. Sometimes listed as 7 foot, but either way he is still the biggest! 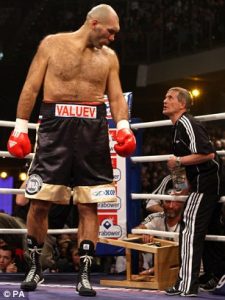 Which boxer had the most championship title fights?

Who was the oldest boxing champion?

Bernard Hopkins can rightfully claim to be the oldest man to hold a world title. At the age of 46 he beat George Foreman’s record (Foreman was 45 when he beat Micheal Moorer for the heavyweight title), and then went on to beat his own record by picking up another title when aged 48!

Who was heavyweight world champion the longest?

Joe Luis held the heavyweight crown for an astonishing 11 years and seven months!

What was the longest boxing match?

Jack Burke vs Andy Bowen remains the longest fight at 7 hours and 19 minutes. In case you are wondering, after 110 rounds it was a draw!

Who had the longest unbeaten run in boxing?

Hal Bagwell has the longest unbeaten run in boxing – an almost unbelievable 183 contests!

Which heavyweight world champion had the fewest fights? 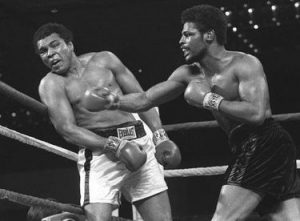 The Heavyweight with the fewest amount of contests before winning the title is Leon Spinks. In only his eighth pro fight he defeated Muhammad Ali to become the WBC and WBA champion. Ali won the rematch seven months later…

Who was the youngest ever boxing world champion?

Wilfred Benitez is the youngest man to win a wold title. He became Light Welterweight champ at only 17 years and five months!

What was the shortest ever boxing match?

The shortest professional fight recorded lasted just five seconds! It was contested between Ever Beleno and Alfredo Lugo.

Believe it or not…

Ken Norton, despite being a former WBC belt holder, is the only Heavyweight champion never to actually win a world title fight! How is this possible? The WBC awarded him the title when then champion Leon Spinks refused to defend against him; and Norton then went on to lose to Larry Holmes in his first title defence… 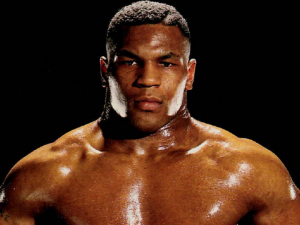 Although he was a terror in the Heavyweight division and a man who struck fear into the hearts of his opponents, Mike Tyson only stood at 5’10”. The smallest Heavyweight champion of all time is Tommy Burns who was only 5’7″.

After winning Heavyweight gold at the 1956 Olympics, Pete Rademacher challenged Floyd Patterson for the world title in only his first professional contest! Yes, he lost…

The sport of boxing dates back the ancient Greeks and the Olympics of 688 BC. Now that is boxing trivia at it’s best, boxing trivia from over 2,000 years ago!

The great Willie Pep was only paid $3 per day to work as a sparring partner for Manuel Ortiz in 1938. However, Pep did go on to earn $20,000 for his winning bout over Ortiz some six years later.