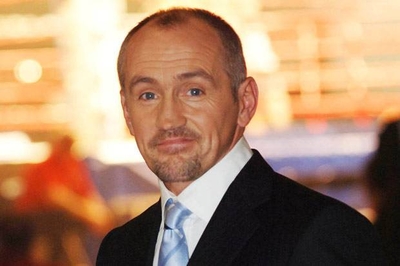 Irish Boxing Legends : Boxing has always been immensely popular in Ireland, and it’s not surprising when you look at the amount of talent that has hailed from the Emerald Isle. We will profile some of the most historically significant fighters as well as some new talents to keep an eye on.

Notable Irish fighters from the past 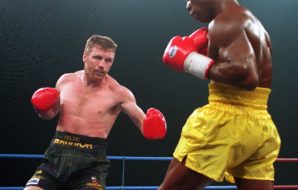 ‘The Celtic Warrior’, as Steve was known, racked up an impressive 26 Irish titles during his amateur career, and had a successful spell at Middleweight and Super Middleweight. His major breakthrough came when he defeated Chris Eubank for the WBO Super Middleweight world title – a bout in which his mind games certainly unsettled the then champion. This was followed up with another win over Eubank in the rematch before claiming two wins over Nigel Benn.

The Eubank fight wasn’t Collins first tilt at a world championship, he fought and lost to Mike McCallum in 1990 for a portion of the Middleweight world title.

Since retiring, Collins has performed as an actor and has frequently made it known that he would come out of retirement for a one-off bout with Roy jones Jr – and opponent he desperately wanted to fight in his prime years.

Despite being born in Ireland, Sharkey served time in the US Navy and began his pro career while stationed in Hawaii.

He is best known for winning the world title against Bob Fitzsimmons by way of disqualification. His career record also includes a draw and a disqualification win against ‘Gentleman’ Jim Corbett.

Like Barry McGuigan, Sharkey is also a member of the International Boxing Hall of Fame.

Arguably the greatest Irish boxer of them all, McLarnin was the World Welterweight Champion on two occasions during his career.

Interesting facts about McLarnin are that he started professional boxing so young that he had to lie about his age to participate; and that he beat 13 other world champions throughout his career.

Despite losing his first world title shot to Sammy Mandell (avenged twice), he would go on to be named as the Ring Magazine’s #5 greatest welterweight of all time and be inducted into the International Boxing Hall of Fame in 1996.

McCullough, known as the ‘Pocket Rocket’, had an exceptional amateur career – he amassed a record of 319 wins to only 11 defeats. What’s more, during that period he picked up a silver medal at the 1992 Olympics and a gold medal at the Commonwealth games in 1990.

The Pocket Rocket’s career highlight was when he picked up the WBC Bantamweight title with a win over Yasuei Yakushiji over in Japan.

He would go on to make three successful title defences before losing his belt to Daniel Zaragoza in the USA. Despite getting five more shots at the title – against Naseem Hamed, Erik Morales, Scott Harrison, and Oscar Larios – he would never reclaim his position as a world champion. 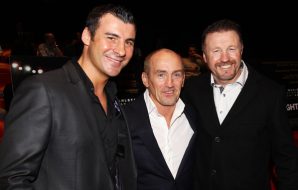 When you hear the term ‘Irish Boxing Legends’ this is perhaps the man most people think of first. Certainly one of the most popular boxers to come out of Ireland, ‘The Clones Cyclone’ first caught people’s attention when representing Northern Ireland at the 1978 Commonwealth Games and at the Olympics of 1980.

Despite losing his third pro fight, McGuigan would go on to win the British title against Vernon penprase; the European title against Valerio Nati, and finally WBA Featherweight world title against Eusebio Pedroza in 1985. However, it is often believed that his bout with Young Ali in 1982, a bout in which Ali was left in a permanent coma, cast a dark shadow over him for the rest of his career.

After defending the title against Bernard Taylor and Danilo Cabrera, McGuigan would lose his belt to Stevie Cruz in Las Vegas. After which he would spend time in hospital suffering from dehydration before calling time on his career. He did make a brief comeback winning three bouts in a row before losing his final contest to Jim McDonnell in 1989. In 2005 Mcguigan was inducted into the International Boxing Hall of Fame.

Dunne, who was named Irish Boxer of the Year in 2010, is a former WBA Super Bantamweight world champion and a former European Super Bantamweight champion. His career in the pros was built on the good foundation of his amateur years, where he won 119 times and picked up 13 Irish titles.

Dunne’s period at the top was brief – after winning the title against Ricardo Cordoba, he lost in his first defence to Poonsawat Kratingdaenggym before calling it a day.

Interested in Irish Boxing? You can view the full career records of the boxers mentioned in this article here:

Take a look at some of BoxBets own Irish themed pages:

For all our Irish based readers out there, don’t forget to check out Betting Top10 with their dedicated section on boxing betting in Ireland.