Tyson Fury Behind the Mask: My Autobiography: AMAZON

The Mad and the Bad. Boxing Tales: AMAZON

Anthony Joshua: King of the Ring by Frank Worrall: AMAZON

The Cus D’Amato Mind Learn The Simple Secrets That Took Mike Tyson To Greatness: AMAZON

Wladimir Klitschko The Inspirational Story of a Boxing Superstar: AMAZON

Journeymen The Other Side of the Boxing Business, a New Perspective on the Noble Art: AMAZON

The Soul Of A Butterfly Paperback by Hana Yasmeen Ali: AMAZON

The Great Boxing Stories Ever Told by Jeff Silverman: AMAZON

The Greatest My Own Story Muhammad Ali Autobiography: AMAZON

The Ultimate Encyclopedia of boxing by Harry Mullan: AMAZON

Although there are plenty of articles on the web about boxing, nothing beats well written boxing books. Some of these books can’t even be read online and so must be purchased in its physical form. That may suit people who don’t always want to stare at a computer screen after a day at work. In any case, there is a current trend for fans to buy boxing books with sales on the rise, and more and more people becoming collectors. Please remember to check this page often, as the boxing books listed will change quite often.

Not your typical book about boxing, it it so much more than that! Dark Trade is Donald McRae’s detailed personal experiences as a boxing writer.

Read his revealing interviews with the likes of James Toney, Oscar De La Hoya, Naseem Hammed, Mike Tyson, Michael Watson, and more. McRae spend hours in their company probing, and getting them to open up in a manner you don’t find in many other books or interviews. This is most evident in his dealings with Toney, where the two strike up a friendship. This book doesn’t always portray boxing in a positive light, but it is enthralling and very informative. [BUY THIS BOOK]

The Last Great Fight: The Extraordinary Tale of Two Men and How One Fight Changed Their Lives Forever

A fantastically written and well researched account of Mike Tyson’s historic encounter with James ‘Buster’ Douglas. At a time when ‘Iron’ Mike seemed to be unbeatable, the 42-1 underdog Douglas caused possibly the biggest upset in our sport’s history.

The “Last Great Fight” delves behind the scenes of this unforgettable encounter. Award winning author Joe Layden analyses both boxers lives and careers prior to the bout, and the significant changes that followed. It is fair to say that 1990 fight in Tokyo left a lasting impression on both their lives.

What sets this book apart is the exclusive interviews Layden has with Tyson, Douglas, their managers and trainers, the referee, and even the HBO team who covered the fight. They are all woven together to tell a tragic tale of two men with shattered dreams. [BUY THIS BOOK]

Chris Eubank and Nigel Benn, on the face of things, couldn’t have been more different. Eubank’s dress sense and desire to be seen as a ‘toff’, mixed with his defensive style of boxing, put him at odds with Benn. Benn was seen as ‘one of the people’ and had a swarming, aggressive style of fighting. The two were ideal opponents for one another.

That said, Dirs book reveals that the two were more alike than they themselves would ever like to admit. Both were highly dedicated boxers, who would give their all in the ring to achieve victory; both would dig deep to pull victories out of certain defeats; both would inflict serious physical damage upon opponents; both would life life to excess; and both would be plagued by various devastating issues in their private lives.

Their first bout for the Middleweight world title in 1990 was one of the best all British encounters; a true classic. Their rematch three years later at Old Trafford in front of 40,000 fans was more of an ‘event’, but still thrilling all the same.

Dirs book looks behind the scenes at the rivalry that had British boxing fans gripped like few others. It is a story that still fascinates audiences more than 20 years later. [BUY THIS BOOK]

Best known in the UK as a chat show host, Michael Parkinson is also a very accomplished writer. His book focuses on his four memorable interviews with Ali. Although, said interviews form the backbone of the book, there is so much more to it that that. Parkinson recaps the trials and tribulations of Ali’s life prior to and between each of the interviews. In that sense, his meetings with Ali punctuate a very colourful life and career.

There have been countless books written about Ali over the years, but Parkinson’s captivating writing style and informative look at Ali’s life make this stand out from the crowd. [BUY THIS BOOK]

The Ultimate Encyclopedia of Boxing

The Ultimate Encyclopedia of Boxing is perhaps the most comprehensive book of boxing reference, covering a multitude of topics from the sport’s inception to the billion dollar global industry it is today.

The book focuses on the careers of boxing greats; the governing bodies; Olympic boxing; weight classes; legendary promoters and managers; the rules of boxing; scandals; the sport’s culture; and trivia to name but a few.

If you seek an all encompassing book, then you would do well to buy this book. There really is something for all boxing fans within it’s pages. [BUY THIS BOOK]

So much has been written about Mike Tyson, so why not read about it from the man himself? The Tyson story is the epic tale of a young man’s rise to the top of the world, followed by a downward spiral;

To many casual fans Tyson is a boxing legend; to more knowledgeable fans he is a fraud; and to true boxing experts he is arguably the most talented heavyweight that ever lived. The issue with Tyson is that his latter career was surrounded in so much hype, while his skills were actually in decline – this is why some fans don’t believe he is as good as he was made out to be. However, boxing purists look past the period when he fought just for money and to the 1980’s when he was sublime.

Whatever your own opinions of Tyson are, this book is definitely worth purchasing. Tyson tells it how it was, not glossing over his various misdemeanours – a true worts and all account of his own life.  Many of us know the Tyson story very well, but it is still nice to hear it from told in his own words. [BUY THIS BOOK] 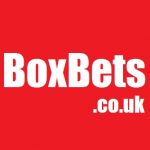