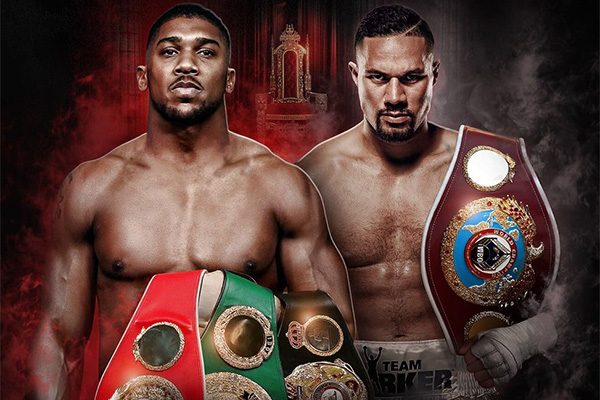 Anthony Joshua vs Joseph Parker: We’re quickly approaching the 31st of March, when these two undefeated fighters will step into the ring together. Only one of them can leave with their unbeaten record intact, but who will it be? Somebody’s ‘O’ has got to go! We’ve got a statistics packed match preview for you right here, so you can speculate as to how it will all go down.

At age 28, Joshua has an impressive record. He’s had 20 fights, without any losses. Out of those 20 wins each one was ended by stoppage, so it’s safe to say that he doesn’t goes the distance… Looking more closely, Joshua has participated in a total of 65 rounds over those fights, with some decent names under his belt including that epic win over Wladimir Klitschko.

Parker, on the other hand, is two years younger than his opponent and his record is almost as impressive. With 24 wins, he’s ended things the quick way on 18 occasions. He’s fought 123 rounds in total, some 58 more than Joshua during his career. The interesting point of this is that Parker has gone the distance and shown his stamina on a few occasions; Joshua is yet to see out the full fight distance.

Anthony Joshua does seem to be the more technically gifted of the two, and Parker struggled to adapt to Hughie Fury’s elusive style. In fact, many even had Fury winning that bout!

In terms of speed, Joseph Parker can deliver quick combinations, which Joshua might not always be able to fully block. These quick hooks and uppercuts, combined with his strong chin, makes this fighter a serious threat. Joshua is the larger opponent, but being slightly slower could give the New Zealander a chance to land some serious damage.  Carlos Takam has fought both of these men and came to a similar conclusion. He has said that Joshua is possibly the harder puncher, but Parker’s speed will give him a decent chance.

For those of you that are curious to see how they both fared against the same opponent, Joshua stopped Takam in round 10 by TKO (cuts), whereas Parker went the distance winning by unanimous decision…

Recent successes have made Joshua very confident in his own ability, and the British fight fans do see him as a favourite for this upcoming bout.  No doubt they will be very vocal when showing support for him at the Millennium Stadium. Having such a large crowd behind him could allow him to overcome fatigue or a knockdown as he did against Klitschko. It’s going to be very interesting to see it all play out.

If you fancy placing a bet on one of these fighters then check out our odds section to get the best deal. With so many boxing fans eagerly awaiting the 31st of March, it’s a great time to put some money into the game.

Trash Talk: Why is this so Prominent in Boxing?