This month, there have been a few cancelled boxing matches that have disappointed fans of the sport. The most notable being Saul ‘Canelo’ Alvarez against Gennady Golovkin; a much anticipated rematch. Join us as we take a look at why these fights get cancelled and the fights we wish had taken place. 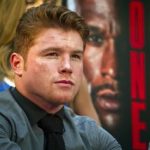 A lot of cancelled fights come down to red tape and scheduling. However, there is a more sinister reason why many fights get cancelled these days – positive drug tests. The

aforementioned Canelo-Golovkin rematch is a prime example. We’ve heard a lot about the Clenbuterol scandal that has plagued the Mexican boxer…

Eric Gomez, the president of Golden Boy who promote Alavarez, cancelled the bout believing it would be impossible to have everything resolved with the  Nevada State Athletic Commission prior in time. While Golovkin himself seemed happy to go ahead with the bout, his willingness wouldn’t necessarily have any effect on the matter.

Basically, time has run out on this fight as it was unlikely that Canelo would be cleared to fight before the May 5th fight date. Watch out for more news later this month when Canelo appears before the commission to tell all about the tests. 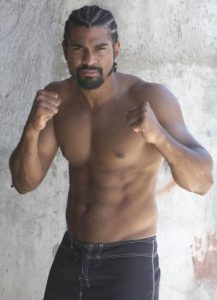 Andres Gutierrez famously called off a fight due to a trip in the shower which left him with serious injuries. He was due to enter the ring against Carl Frampton last year, but this was called off due to facial cuts, bruising, and two chipped teeth sustained form the fall. This match has never been rescheduled.

Tyson Fury was also denied two matches with David Haye after the fighter had to take time out to recover from injuries sustained in training. After the second cancellation Haye had a procedure to rebuild his shoulder and was advised by doctors not to fight. In fact, Haye actually retired for a while before returning to the ring  in November 2015. Fury, who was obviously furious at missing out on the fight, spoke at length about how much the two ‘non-events’ ended up costing him in terms of training camps and lost income.

One of the strangest boxing pairings came from the BBC, who decided to arrange a celebrity boxing match. The opponents were John Pienaar, who was a political correspondent at the time, and Spandau Ballet’s Tony Hadley – you really couldn’t make this up.

The fight was due to be televised on a novelty show, but the British Boxing Board of Control decided to step in. Their threats to revoke the licences of the trainers involved seemed to be enough to put an end to this fight. They felt that it was too dangerous for fighters with such little experience to take to the ring. Promoter Frank Warren also weighed in to say that it was a mockery of the sport.

They had previously shown a fight between comedian Ricky Gervais and businessman Grant Bovey, but the board decided to step in before one of these novelty matches resulted in a serious injury.

To be fair, a cancelled fight is always disappointing for fans, no matter what the reason behind that may be. Whether it’s red tape or a safety concern, fans and the fighters tend to miss out. We hope to see rescheduled bouts on the roster for some of these pairings soon.